But I do know he has the finest voice in all of country music, is a giant, and can play the funk out of some funky country, as proven in his 1982 rendition of "Tulsa Time."

Don is playing Mystic on Thursday November 4, and Black Bear Casino Friday November 5, which is the day before my birthday so I think I'll go to that one in lieu of going to see Crystal Gayle at O'Shaughnessy on Saturday November 6, my actual date of birth, as (pssssst) I hear her show at O'Shaughnessy is affiliated with an admittedly "pro-life" organization that provides financial resources to pregnant and new mothers as part of their mission, which "believe(s) in the sanctity of all human life...to encourage life by providing financial aid to women and babies in crisis, especially those women who might not choose life because of financial pressures."

A noble endeavor, to be sure, but still, I'm willing to bet the organization is a little sketchy, and besides that, girlfriend's a Republican. Yeah, so Merle Haggard is a Republican and I'd go see him in a heartbeat, unless of course the proceeds of his show were going to the purchase of PackNPlays for new mothers with the understanding that the mother's lack of a PackNPlays is the sole reason she may otherwise choose to have an abortion. Then I might not go see Merle. That's just dumb.

Anyway, what with girlfriend being as red as the blood of a fresh Nugent kill, and with her using the proceeds of her concert to ensure expecting mothers choose to carry and birth their children, children they then place in free PackNPlays, those PackNPlays providing that essential safety net that causes the mother to go "hmmmm...maybe I don't have to have an abortion, now that I have a free PackNPlay!"...aaaaaaaand I think I'd rather not be in that audience. And that audience might not want me in it. And especially on my birthday. I was an unplanned pregnancy, and my mother chose to carry and then birth me, on November 6, 30 years to the day before Crystal Gayle played the O'Shaughnessy. But she had a damned choice, and it wasn't influenced by someone giving her a damned free PackNPlay.

What is a PackNPlay anyway? They didn't have PackNPlays in 1980. They had scary play "pens" with netted siding (choking hazard when torn) and metal crank type mechanisms for lowering its sides (pinching hazard when cranked).

So - birthday party. Don Williams. Tulsa Time. Here's a guy noodling in Tulsa. Watch 'til the end. You'll be glad you did.

Posted by Stuffed Pheasant at 7:01 PM No comments:

Travis Tritt and his sable

I haven't posted here in over a year. To make this blog seem still "fresh," I'd like to share with you a picture of Travis Tritt and his sable. 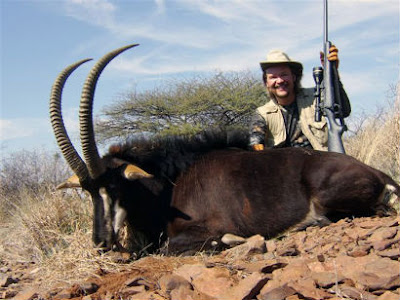 Travis is playing a solo acoustic set this Wednesday at the Burnsville Performing Arts Center this Wednesday. It should be good.
Posted by Stuffed Pheasant at 7:24 PM No comments:

Look into my fridge.

Check it out. Today, my refrigerator is famous.

As is Eliot, reaching for some Frosty Paws.

(Yeah, we totally staged that. He was originally licking ice cube trays. We told him to go ahead and go for the gold. Good boy, Eliot.)
Posted by Stuffed Pheasant at 1:57 AM 3 comments:

Gonna be honest. I was getting sick of writing about cool shows to go to because, who cares eh?

Been writing about country music here.

Are You Ready for the Country

Check it out. Post some comments. Join me for a country show or two.

I'll return here periodically to write about meat and animals and such.

Thanks to Gerard for the link. This is pretty awesome. In honor of rally week "We had to shoot 'im. He was after the sheep again."

More...
Posted by Stuffed Pheasant at 3:14 PM No comments: Ho boy! Are we excited about our next installment of Live Music/Dead Meat.

Allow me to justify our excitement.

For one, the bands are just, like, a perfect fit and will guarantee a raucous evening of fun. First up is Communist Daughter, followed by 10w40, then a little Old James and finally, The Guystorm end out the night.

In case the cause for all this hubbub isn't self-evident, I'll now point out that Johnny of Communist Daughter, also of The Boxcar Restaurant in Prescott, WI, will be grillin' up catfish after his set. Exciting! 10w40, well, they just straight-up rock and if you don't know it then you've been hangin' out at the wrong rural bars and farm parties. Also exciting! And, hold on to your cowboy boots here - Old James plays, like, twice a year. And one 'a those times is usually in Texas. We're bringing 'em back up here just for you, because we love them and we love you. And The Guystorm played our inaugural LM/DM show and rocked the Turf on a Wednesday night. Far be it from us to even anticipate what they're gonna do on a Saturday at the Nomad with a bunch'a party dudes back from the damned Lone Star State. Yee haw and such.

Aw shit. If you aren't convinced yet, I GIVE UP.
Posted by Stuffed Pheasant at 4:59 PM No comments:

Things that are exciting to me right now.

Drakkar Sauna tonight @ 7th St Entry, with openers John Swardson and Mages. 8 bucks, 8:00, 18+. I love this band, outta Lawrence, KS. Take a listen to "Mongrel of a Halfman Slave Bitch" on their myspace. I will be the one shouting out that request tonight, though if I'm any more than one sheet to the wind, I'll likely get the name wrong. Like last time.

And that, on Saturday.

The lineup for the next Live Music/Dead Meat show has been finalized:
The Guystorm, Old James (reunion!), 10w40 and Communist Daughter. We've been bending the ears of some chefs at some fabulous local restaurants specializing in seafood so we're especially excited to hook you up with some good grub.
Saturday 8/15, Nomad, 9:00, 6 bucks.
Posted by Stuffed Pheasant at 4:33 PM No comments:

Taylor Swift is real cute.
Posted by Stuffed Pheasant at 6:33 PM No comments:

Unimpressive, sure, but we couldn't show you the one that got away.

Speaking of which, the time, it's gotten away from us! But we're looking ahead now to our next Live Music/Dead Meat party, this one on Saturday August 15th @ Nomad World Pub. The tentative plan is to grill fish on the patio, and as per usual we'll be giving away all sorts of fun crap to complement your summer outdoor fun. Tentative lineup includes our good friends in Economy Team, a special reunion performance from Old James, and Omaha band Box Elders.

K.H.O. Appreciator and I will be Partying With Him at the Basilica Block Party. We hope He likes to talk about Fishing. We'll hit the nearest confessional and try to find out. The block party begins Friday night with headlining performances by The Jayhawks and The Black Crowes and continues Saturday night, headline performances by Counting Crows, The Hold Steady and Tapes 'n Tapes. Word is the show may be a sell-out on Saturday night so get there early. I guess we're not the only folks looking to talk to angels. About fishing. Insert really lame Black Crowes joke riiiiiiiight <<<< there. And done. 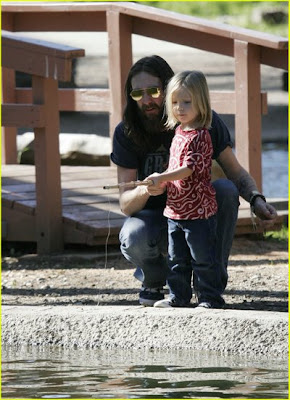 See you Sunday at THIS!

Posted by Stuffed Pheasant at 6:13 PM No comments: